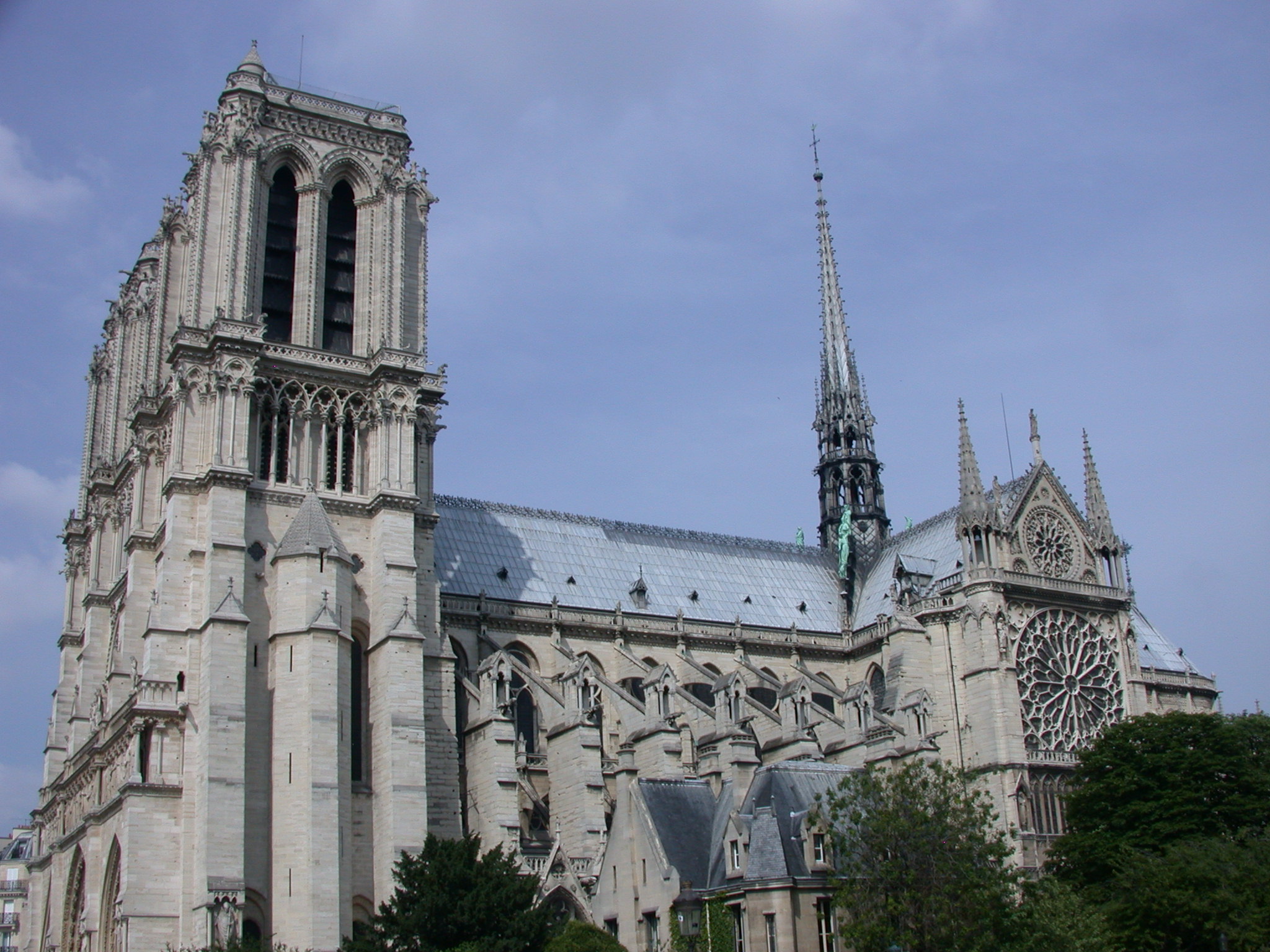 Our flight from Charlotte was not without issues.  We were to leave at 4:50, but we didn’t even start to board the plan until 5:30 or so.  We got on our plane which was an A330.  This is one of US Airways newest Airbus planes.  It was a very cool plane with great sleeping space…although I was not able to sleep as usual.  We arrived in Charles De Gaulle Airport at 7:43 AM.  As luck would have it, we got our bags and did all we needed to do before heading out to the exit of the airport just to find Joel and Walt walking in to greet us!  The journey now begins!  We got on the train from the airport and switched to the Metro in order to make it to our destination of Montmartre.    The Metro gave us a bit of entertainment with a couple shouting loudly on it.  We were mashed in like sardines on the train so my claustrophobia kicked in good and strong.  Walt and I ended up standing up so that people’s crotches and armpits weren’t in our faces.  We had quite a hike up hills from the Metro to our apartment on the top of the town.  It’s a very cute place with 2 bedrooms, 1-1/2 baths, and the kitchen, living room and dining room area are all a nice open space.  We are glad we packed lightly because lugging huge bags up the cobblestone roads and hills would have not been too cool.

We took the Metro into the city once we had about a 1-1/2 hour nap so as not to be too out of it causing us not to be impressed by all of the beauty.  Instead, the nap gave us a nice revive and we had a wonderful tour of the city.  We walked around Notre Dame which is so spectacular and going through renovations.  We walked along the Seine to take in some other views.  We saw the department store Le Samaritaine which is seen in the Bourne Identity movie.  We walked down through the court yard of Le Louvre.  It is an absolutely overwhelming building.  The king wanted it built even though the money was not really available at the time, and he bankrupted the city.  We are planning to go see a bit of the art there today since it is open Wednesday evenings.  We walked up Avenue Champs d’Elysees to the Arc de Triomphe…another spectacular structure.  We stopped in the “mall” along the avenue to use the toilettes since we couldn’t find one anyplace else to the tune of 2 Euro per person.

Joel shared their story of another visit here when they were in a bar/restaurant having a cocktail when they looked up and saw U2 coming down the steps.  This took place back in 2000.  Joel walked over and spoke with Bono.  Is that the coolest thing ever?!

We walked around the city a bit more after having a beer in a bistro then headed to find someplace to have some dinner.  We found this great little place that was very fairly priced and tried a sampler of cheeses and a meat and cheese tray.  It was a great way to end our tour for the day.

We got on the Metro to head back home and got to experience another fight between some young guys.  At least no knives are pulled around here!

The evening ended back at the apartment where a bottle of wine was opened only for me to give Joel my glass because my sleep deprived plane ride definitely hit me.