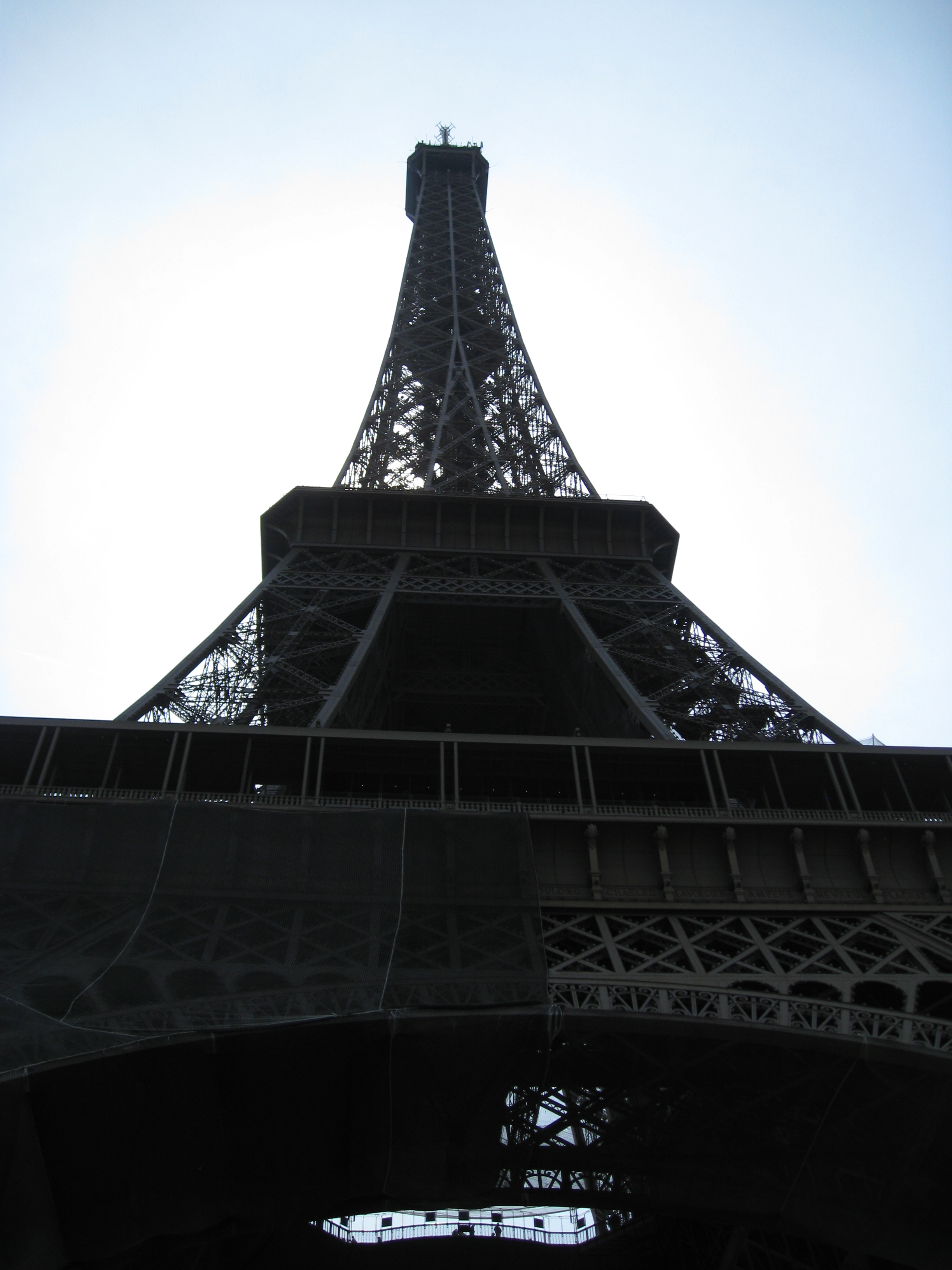 The day started with getting to sleep in until 9:15 when Walt opened the door and said, “Time to get up!”.  We got ourselves ready for a day of touring.  We headed into the city on the Metro again to go see the Eiffel Tower.  The gypsies around the city are extremely annoying asking, “Do you speak English?”  My response is to absolutely ignore them as if I don’t understand a word they are saying to me.  Get a job and stop begging!

The Eiffel Tower was really cool!  We can actually see it from where we are staying up in Montmarte off in the distance.  At night, it is all lit up.  We decided against paying to go inside the tower and just walked the exterior.  We walked up to a museum from the tower and saw a field where they have a large flat screen for people to sit and watch the World Cup.  This is our second time being in Europe during the World Cup games!

We stopped at this great little place for lunch along the sidewalk in the city.  From there we headed back up to Montmartre to do a tour of the town.  There are so many really great little shops and very historic buildings.  We saw the house where Van Gogh lived for a year with his brother.  We saw Sacre Coeur (Sacred Heart)which was a beautiful church!  They are very strict in there about taking pictures or videos or even speaking, so we didn’t get any interior shots.  We did get some great exterior pics though!

We saw the last vineyard in Paris.  We shopped for our dinner in 3 little shops.  And, we enjoyed our dinner very much!  It consisted of some little quiches, a salmon in a shell (capers, tomatoes, salmon and a mayo of a sort), 2 different cheeses and a baguette.  As the night goes on, we are finding more and more things extremely funny.  That is always the case when I get together with Joel.  We came up with a reality show called “Dinner with Joel and Laura” that we feel would be so much more worth watching than “The Real Housewives of ____” (fill in the blank) or the plethora of other really bad shows.

We had a really wonderful tour day and are now enjoying just chilling in the apartment.  Bon Soir!