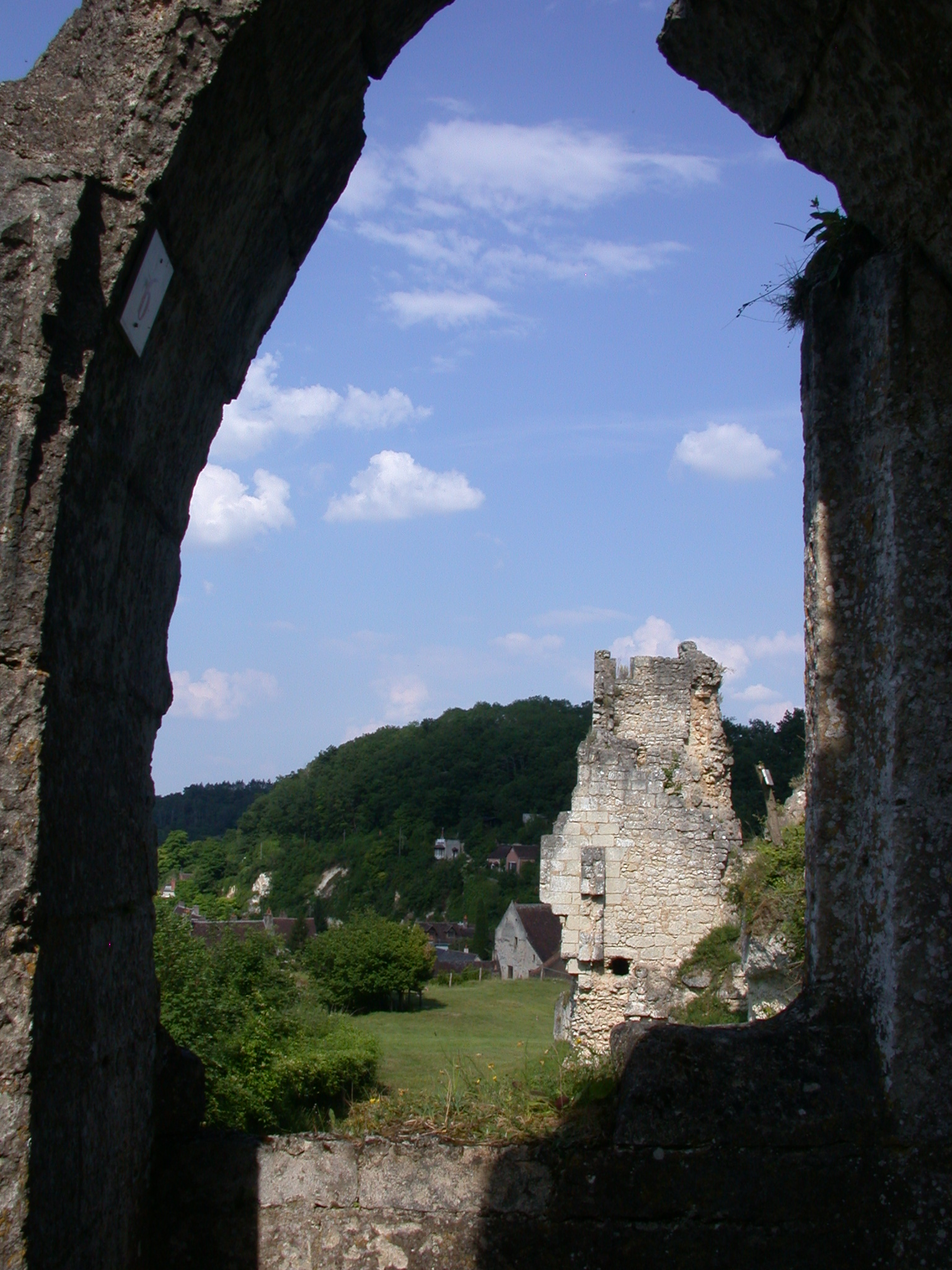 Joel started our morning with his lack of sleep tale from the night before.  He heard noises practically as soon as they got into bed.  He proceeded to go into the bathroom and stuck his head out the skylight to see something squirrel-like look at him.  He said there was a whole family of them sounding like they were throwing the tiles from the roof at each other like there was a revolution happening.  Deeb was laughing so hard at this story that he had tears running down his face.  He told the owners (Isabel and Alan) so they could maybe have it looked into being stopped before they caused some serious damage to the house.  Alan went inside for a bit and came back out mentioning that they may be stone martens which look similar to a squirrel and are supposedly common in that area of France and go for chickens which they do have in a coop on their land.

After a good laugh and a nice chat with some ladies who were at the house while in for a wedding, we got the car packed and got on our way.  We made our stop in St-Ceneri and walked through the town church and down to the river in various locations.  It really was a neat old town!

We ventured onto a new town which is not coming to mind right now but may have been Le Mans.  This was a Sunday and a very old town, so we didn’t find too much happening here.  We walked through the Cathedrale Saint Julien which was a huge church also in the process of being renovated.  We missed a circus/parade that had taken place the day before; although, we did get to view the extremely ugly characters/floats that were in the parade.  We got to watch them be taken from a large lot to some other location while we had lunch at a restaurant just across the street from the lot.  After a bit of a circle about town because of some wrong turns, we were on our way again to the next place.  We had decided on stopping in Lavardin which again was a neat old town.  The guys toured the castle ruin and really enjoyed the tour!  I needed a break for my legs and just stayed in the car roasting in the heat.  The Google directions guiding us to our next place for lodging ended up being quite a bit confusing and only fate got us there toward the end.  Every road/street mentioned on the Google map was not able to be found once we got off the main route, but alas, we found Chateau des Ormeaux and WOW what a place!  We took our things to our rooms which were very typical of a chateau being very busy.  The walls had material stapled from top to bottom that matched the bed cover as well as the lamps, curtains, bathroom walls and probably some other things I’m forgetting to mention.  Joel and Walt’s room was the Debussy room which was cool because Walt teaches with someone who is a Debussy being a relative of Claude Debussy whose museum we visited in Saint-Germaine-en-Laye.  Dominic (not sure if this is the proper spelling as his name was pronounced Dominique) is one of the 3 owners and the one we dealt with to get set up in our room and for breakfast the next morning.  There was a dog here as well that was a yellow lab named Vic.  Are you seeing the common theme yet?  Shortly after getting set up in our rooms, we headed over to the city of Amboise for some dinner.  On the drive over from the chateau, we could see the Chateau Royal D’Amboise which was quite a site on the hill coming into town.  We didn’t tour it because it probably wasn’t even still open for tours at this hour.  We found some crappy place for dinner that none of us were too keen on what we got.  It was probably like the Denny’s or Eat-n-Park of the area.  Our plan was to finish dinner and get back to the chateau to enjoy the big pool.  Pool time was maybe an hour this night.  We got heading back up to the house somewhere between 10:30 and 11:00.  I showered while Dave walked around the grounds trying to capture some cool night pictures.  I was anxious to see how they were going to turn out because the lighting was very cool there around the house.  He was spooked at one point by one of the cats that lived there because it walked by him while he was on his knees playing with the timing on the camera.