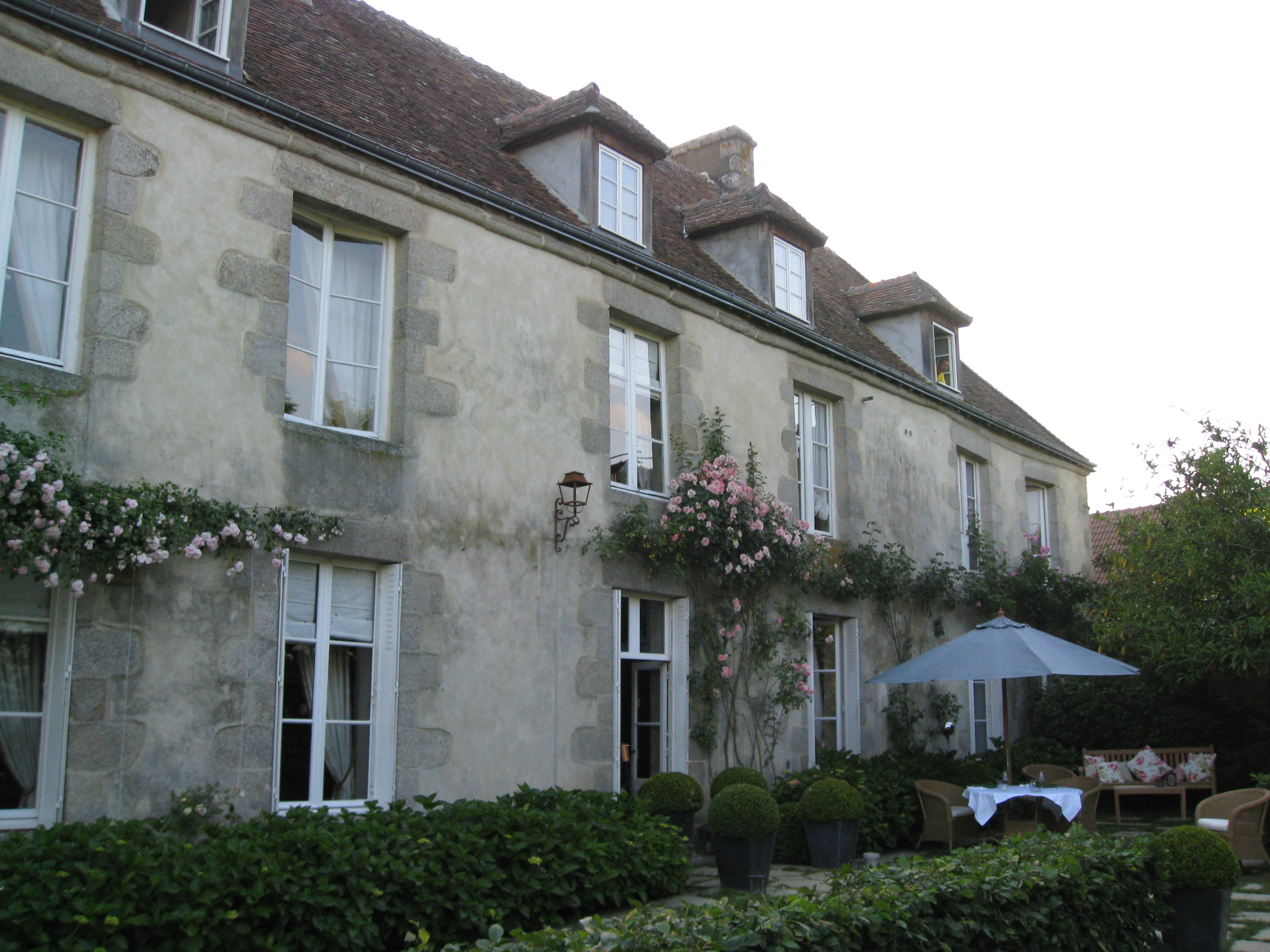 Our morning started with a very French style breakfast of coffee, tea, baguette, jams, croissants, and juice.  I was seriously jonesing for a bowl of cereal.  Deeb and I slept rather well, but Joel had a story of his restless night.  He said at one point he felt something crawling on his shoulder and just sort of brushed it off.  A little while later he felt something crawling down his leg and proceeded to toss it off and turned on the light to try to fight out what it was because he said it felt rather large.  He is pretty sure it was a gecko.  Patrice (the owner) helped us by giving some guidance on the best plan of attack for the day.  She recommeded that we tour the abbey just up the road from their house.  We were very pleased once we toured it that she had made the suggestion.  It was called Abbaye Saint-Georges de Boscherville which was founded in 1113 and built on a hillside which overlooks the Seine Valley when at the top of the monestary garden.  We did an audio guided tour which was very informative.  I also wanted to mention what we would later find seemed to be a common theme.  Le Brecy (the B&B) had a yellow lab named Venus living there.

Our next stop was in a town called Jumieges to see the abbey there.  This was a ruin called Abbaye de Jumieges which is another benedictine monk monestary.  The tour cost too much for us to feel it was worth paying to just walk through the ruin that we could see a good portion of it through a high fence.  On our drive down to the abbey, we happened to notice a patisserie along the roadside.  So that our stop was not for not, Deeb and Walt walked up to grab us some yummies for the road (eclairs and some kind of chocolate chip croissants).  The next stop was Abbaye Saint Wandrille de Fontenelle which we were unable to go inside because someone was practicing on the organ.  We had a bit longer a drive to the next town called Honfleur which is a old port town nestled in a valley between the Seine estuary and the plateau of the Pays d’Auge.  Once again in a quest for lunch, we struggled to find someplace that wasn’t outrageously priced.  We ended up finding La Cidrerie which was a pancake restaurant and bar.  I tried the semi-dry cider which was quite a disappointment.  We took a walk through a couple of jardins (French for gardens)…one of which was very pretty and picturesque (Le Jardin Retrouve)…the other was Le Jardin des Personnalites (garden of famous people (artists, authors, etc.)) and not much to enjoy (at least as far as I felt like walking).  We left there on our quest to find the next B&B.  This ended up being quite difficult because it was not located in town but off the beaten path and very private.  Joel and Walt did a wonderful job picking our lodging for this trip.  Each new place was a great surprise, and once we found this one, we were highly disappointed that we didn’t get there sooner.  We only arrived at this one around 7:30.  This was called La Louviere which is an 18th century country house which includes tennis courts (though quite run down), a pool, a manmade pond, a garden, and many peaceful sitting spots.  Joel, Walt and Dave got to enjoy the pool for about 20-30 minutes.  I ended up skipping it other than sitting along the pool side with my legs in the water to help with the aching.  I needed to shave and wouldn’t have been able to get that done and get into my suit much less the water before they were getting out to get ready for dinner.  Before I forget, this house had a blonde retriever (not sure if there is such a thing but it definitely wasn’t a golden retriever because it was so light in color) who was named Venus.  I believe I told you the dog at Le Brecy was named that.  I was incorrect and cannot remember the name of that dog.  I digress, anyway, since we got there so late, the owner was not prepared to cook us a meal but got us reserved at a great place in a little old town called St-Ceneri le Gerei at a restaurant called Auberge des Peintres.  This is a town where many artists lived back in the day.  We all really enjoyed our meals and thought the town was so cute and worth seeing that we planned to go back the next morning for a tour prior to getting on our way to the next stops on route to our next B&B.  We got back late from dinner, so we all just headed to bed.