Today was very chill.  Walt had some errands to run.  So, Joel, Laura and I stayed behind at the house just relaxing before walking down to meet Walt in town.  I also took some photos of the house and pool area and a panoramic picture of Ontinyent from the pool deck.  We are about a 20-30 minute walk away from town depending how quickly you mosey or about a 5 minute car ride.

Panorama of Ontinyent from the pool area of J&W’s house.

While in town we stopped at a panadería or bakery and decided what we would pickup before heading back to the house. After leaving the panadería Joel showed us several other bars and restaurants on the way to La Malvarrosa, where we were meeting Walt.

La Malvarossa has several different types of paella.  One made in the traditional style with either seafood (mariscos) or chicken (pollo) and another style made with this funky, yet super delicious pasta.  The pasta was almost like elbow pasta, but not as small or curly.  This paella was called fideua and it was prepared with seafood in it. After looking over the many different dishes Laura and I told the guys what looked appealing to us and they asked for what we wanted and added some other dishes they knew we would like.  In total we bought 6 different dishes for just under $20.  Yes, American dollars.

After arriving back at the house we had 3 of the dishes we purchased for lunch and we had the other 3 for dinner this day.  After lunch, the guys gave us a tour of the grounds.  They have many olive trees and other fruit trees on the property.  Laura and I snapped several pictures of flowers while walking around.  Here is one of them. 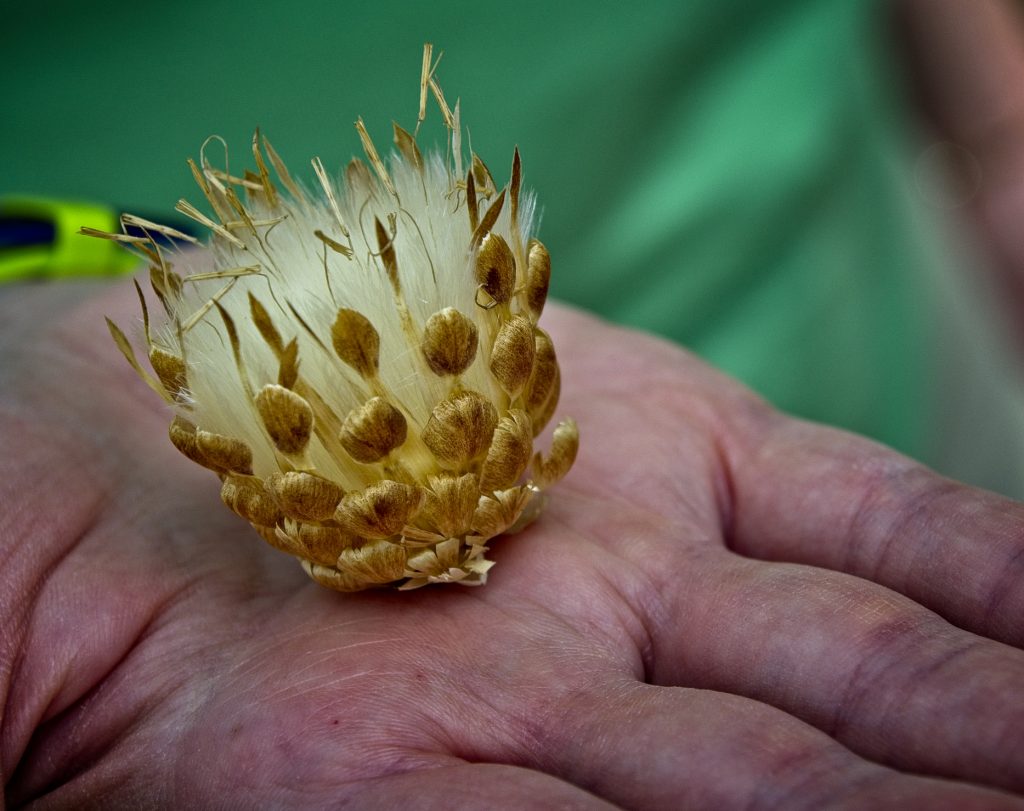 A funky seed pod that sat on top of a prickly plant. This seed pod was very soft like a kitten.

After walking the grounds it was time for a siesta.  I can get into this style of living.  After a siesta we are all so refreshed and ready to tackle the rest of the day/night.  This day we really needed our siesta as I’ll explain later.

After waking up from our siesta and eating dinner we put on our bathing suits and played around in the pool for hours.  The water was so refreshing!  Their pool doesn’t even have a heater.  If I had to guess the temperature I would say it is somewhere close to 80 degrees Fahrenheit.  Lovely!!  We swam right up until dinner time.  Which, on this day, was around 9:30pm.

After dinner we just chilled out waiting for the time to head down to Ontinyent to listen to a local jazz band that was playing in the town square.  The name of the band was the Miguel Asensio Quartet. 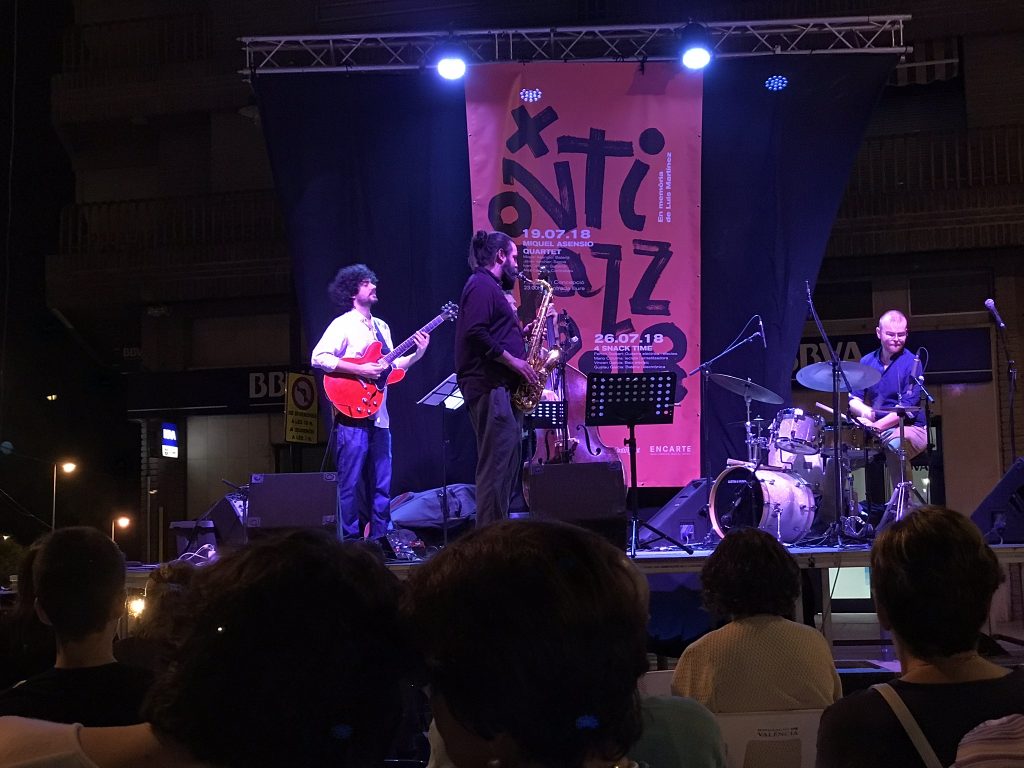 However, they weren’t starting until 11pm.  THIS is the reason why our siesta was so crucial.  The walk to town is all downhill and none of us wanted to walk back to the house after the concert.  So, Walt drove down to town and we walked down and met him at the concert location.

Before the concert started we stopped at a small bakery on the edge of the town square and picked out some pastries for breakfast tomorrow.  Hopefully, they taste as delicious as they look.  After paying for the pastries and putting them in the car we waited for the band to start.  As per usual in Spain, not all things start on time.  This was the case for the concert.  The band didn’t start until almost 11:30pm.  While listening to the band I had a small mishap.  My chair, which was basically a plastic lawn chair collapsed under me.  Just about everyone saw this happen.  Of course, Laura got a little chuckle out of this.  I guess my paella dishes were a bit much.  🙂

We stuck around for about an hour then headed home to get ready for the next day.

Here is a gallery of pictures from the day.  Enjoy!