Today we started off with a hike on the other parcel of land that Joel and Walt own.  This parcel of land also has a right of way for a local hiking trail.  Luckily, it was only around 85 degrees Fahrenheit and around 50% humidity when we started.  Joel and Walt had hiked on this trail before, but not nearly as far as the three of us, Joel, Laura and I had hiked this time.  As you can see in the image below, the trail is more like what you might find in the southwest of the United States. 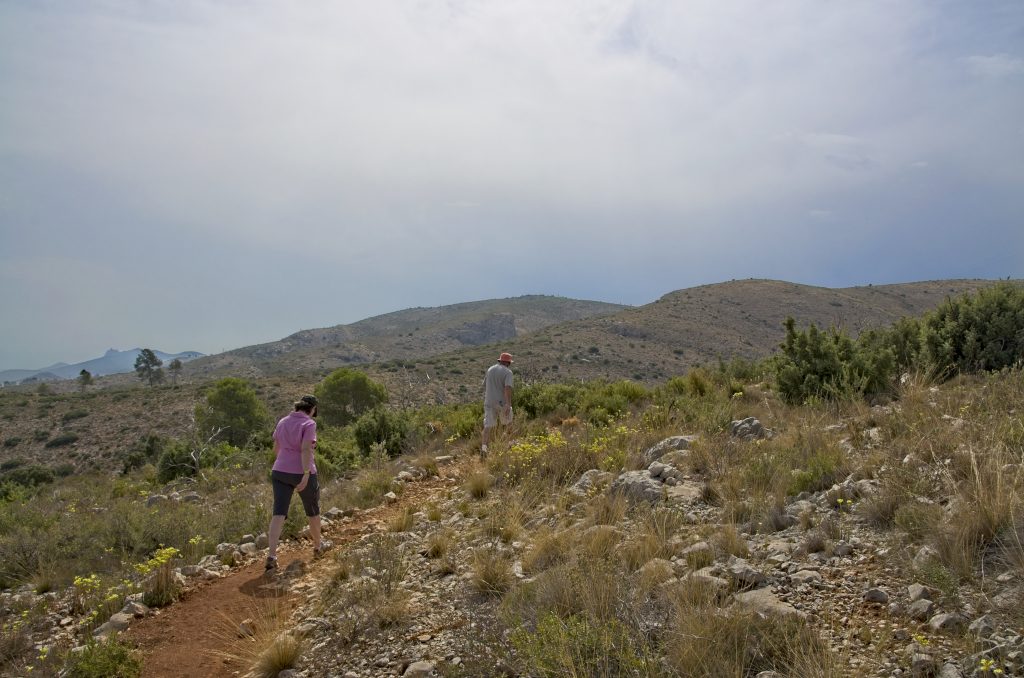 Laura and Joel ahead of me on our hike.

The rock formations we saw were very igneous-like.  Many of them looked like they had bubbles locked in them as they were cooling during formation. 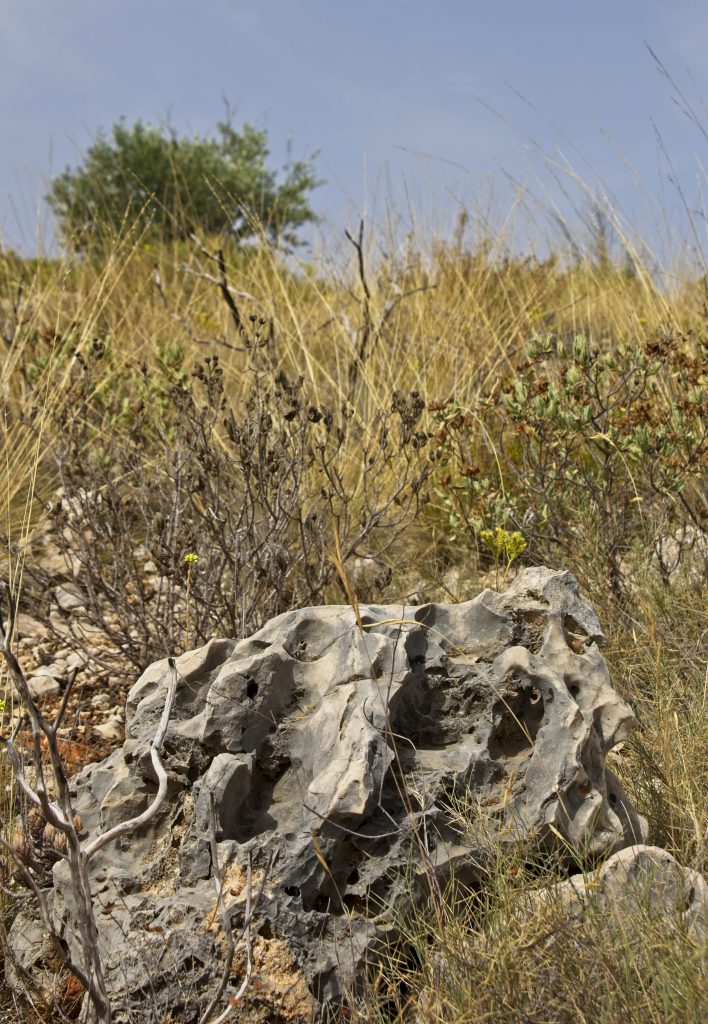 Along the hike we ran into what looked like an abandoned home with a dried-up well.  The picture below doesn’t show that even though it is hot as hell this day it’s cool enough toward the bottom of the well that ferns and other plants can grow in this climate.  I’ll include a picture in the image gallery that shows this. 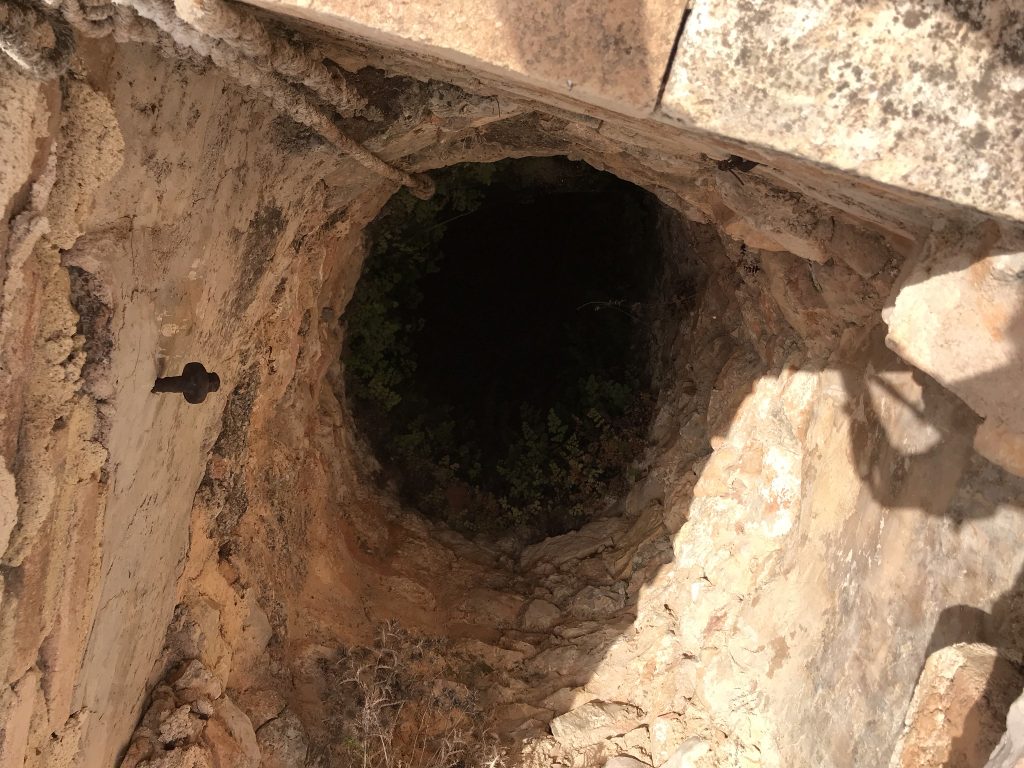 Inside the dried-up well

This was as far as we ventured on the hiking trail. From this trail if we had kept going we could have made it all the way to the town of Alfafara.  After this we turned around and headed back to the house and cooled down but not before snapping an obligatory selfie. 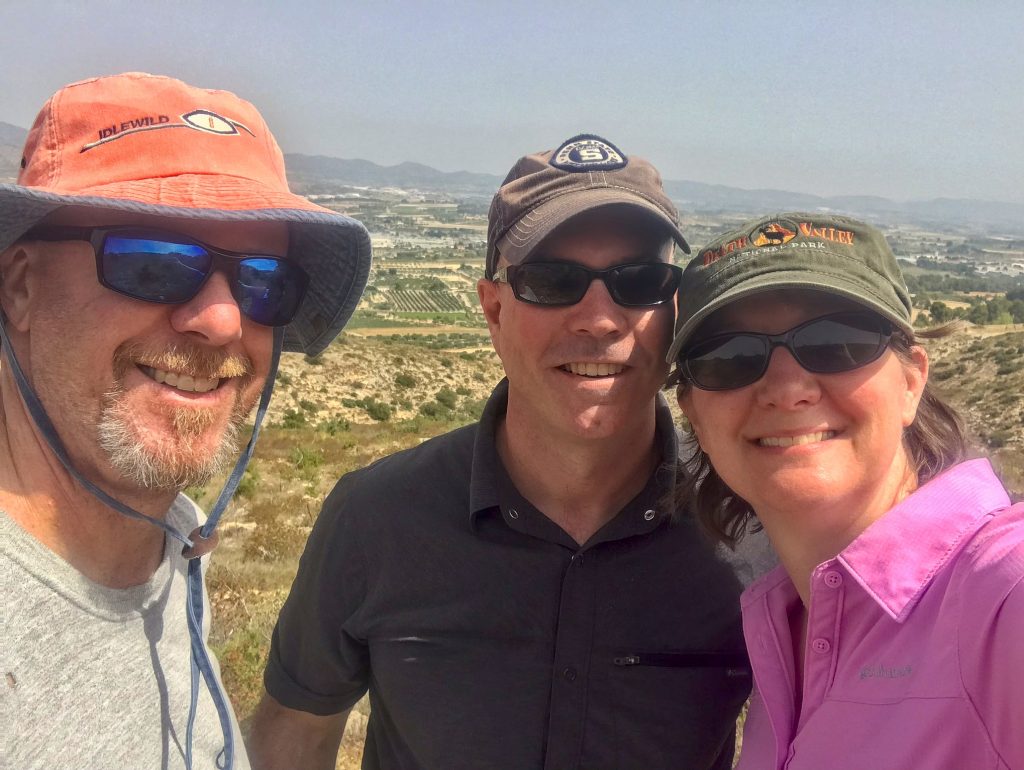 After cooling down Joel took Laura and I down to see Ontinyent.  However, it was close to siesta time so many shops weren’t open.  But, we definitely enjoyed walking around town.  We stopped for our obligatory stop for an adult beverage at a small bar named, Rio Mundo.  Here are some pics of our walk around town.

After returning to the house we chilled out and took a quick siesta before working on Joel and I got started on some tapas for dinner.  Their friends Adrian and Richard were coming over.  I helped a bit, but most of the credit goes to Joel.  The food was fantastic!  Here is what we had:

The first dish is basically roasted red pepper with some cayenne pepper, the second and third dishes are self explanatory.  The garlic and tomato bread was probably my favorite tapas.  It was so simple to make.  I’ll include a copy of the recipe because I’m going to make this when we return home.  The potatoes with piquant tomato and alioli (yes, that is spelled correctly) is a staple potato dish of Spain.  We have it in just about every Spanish-style restaurant we go to.  The last dish in English is also self explanatory.  But, when you read the Spanish name you may be thinking tortilla, like what we normally eat in a Mexican restaurant.  However, this is what the Spanish refer to when they say they are eating a tortilla.  I’ll include a picture of it in the gallery below.  Here is a picture of the feast. 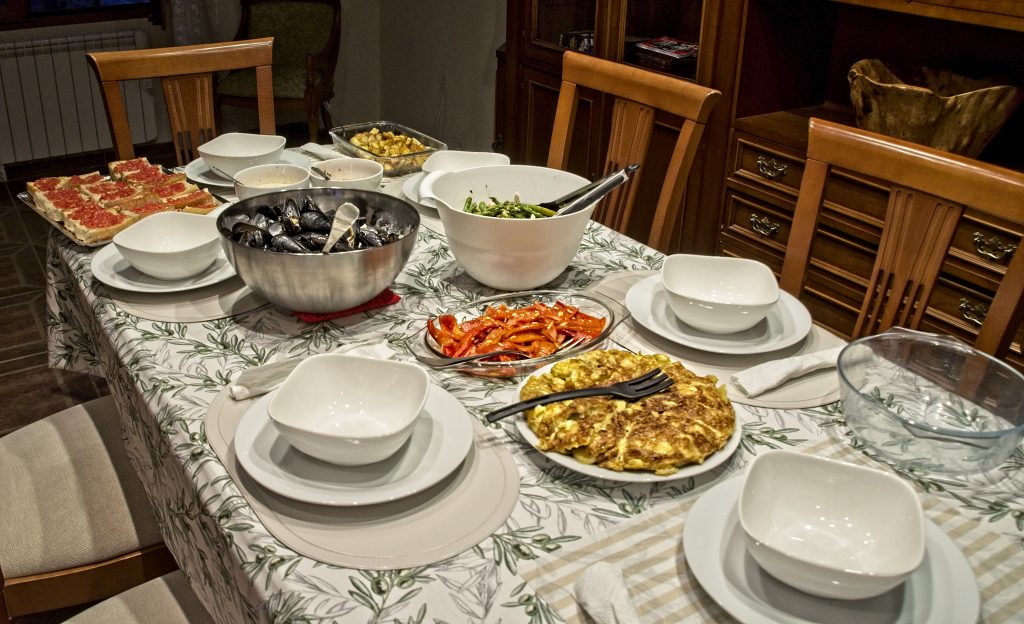 That’s all for today.  Enjoy the pictures below.