Today involved our first wine tasting, a quick visit to a random ruin, lunch in a town that we will visit again later this week, a quick stop at a very cool castle and a fabulous dinner to end the day.  Read on for details…

Joel and Walt took us to our first wine tasting at Arráez Winery in a small town by the name of  La Font de la Figuera.  It’s about 30 minutes from Ontinyent.  This town is even smaller than Ontinyent.  Including Arráez Winery, this small town also packs in another winery, Venta del Puerto, which we didn’t visit and several small restaurants, pubs and all the other necessary stores one needs without needing to visit the next town over.

Our tour started in Spanish.  This was great for the other folks on the tour, but not so much for us.  However, although Laura and I couldn’t really understand what was being said, we could pick out a few words here and there to get the gist of what she was talking about.  It also helps that we basically know what goes into making wine since we help our local winery, Fulchino Vineyard.  We got to see where they de-stem the grapes, press the grapes, ferment the wine and finally, age the wine.  The tour ended with a small video about the family who owns the winery.  Overall, it was a fun tour. 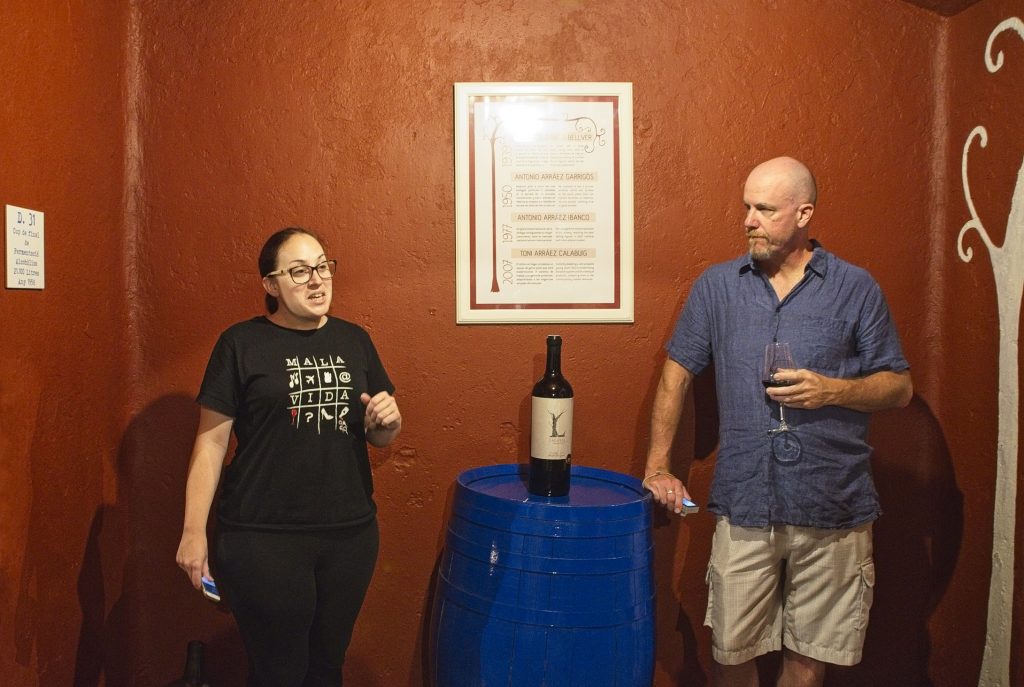 After the tour we returned to the tasting room where we got to sample three of the many different wines they make.  One of the wines was a sparkling wine known as cava.  If you haven’t ever heard of it before then think of it as the Spanish equivalent of French champaign. They also included a great charcuterie tray with several meats and cheeses.  I especially loved the blood sausage and chorizo sausage. 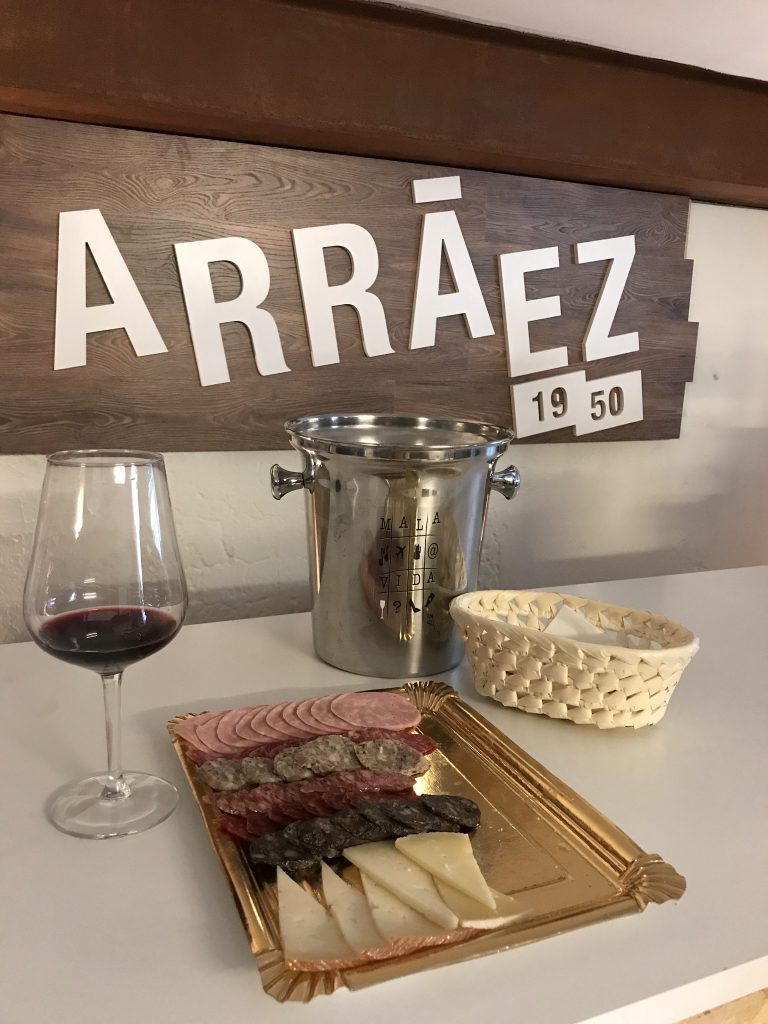 While tasting we got a chance to chat with our fellow wine tasters.  Joel and Walt chatted mainly in Spanish, Joel also got to use his French, while Laura and I spoke very bad Spanish.  When they realized we didn’t speak Spanish very well, they switched to English.  Thank goodness!  They gave us suggestions on where to visit while in Valencia.  We are going to visit Valencia in a few days.  Stay tuned for that entry.

From left to right is:  Maeve, Tony, our friend whose name I forget and Laura.  Maeve and Tony are from France, but speak some Spanish.  Our friend in the red skirt is from Columbia and Laura is from Valencia, Spain.  Maeve and Tony are girlfriend/boyfriend.  Laura and the other gal both work in marketing.  After about 2.5 hours we had to say goodbye and make our purchases.  It was also close to siesta time and the winery was getting ready to close.

After leaving the winery we stopped and took some pictures of a random building ruin we saw on the way to the winery.  We weren’t sure what we would see.  In the end, it was an abandoned home that I’m guessing owned and farmed the surrounding lands.  After taking our pictures, we jumped in the car to look for some lunch. 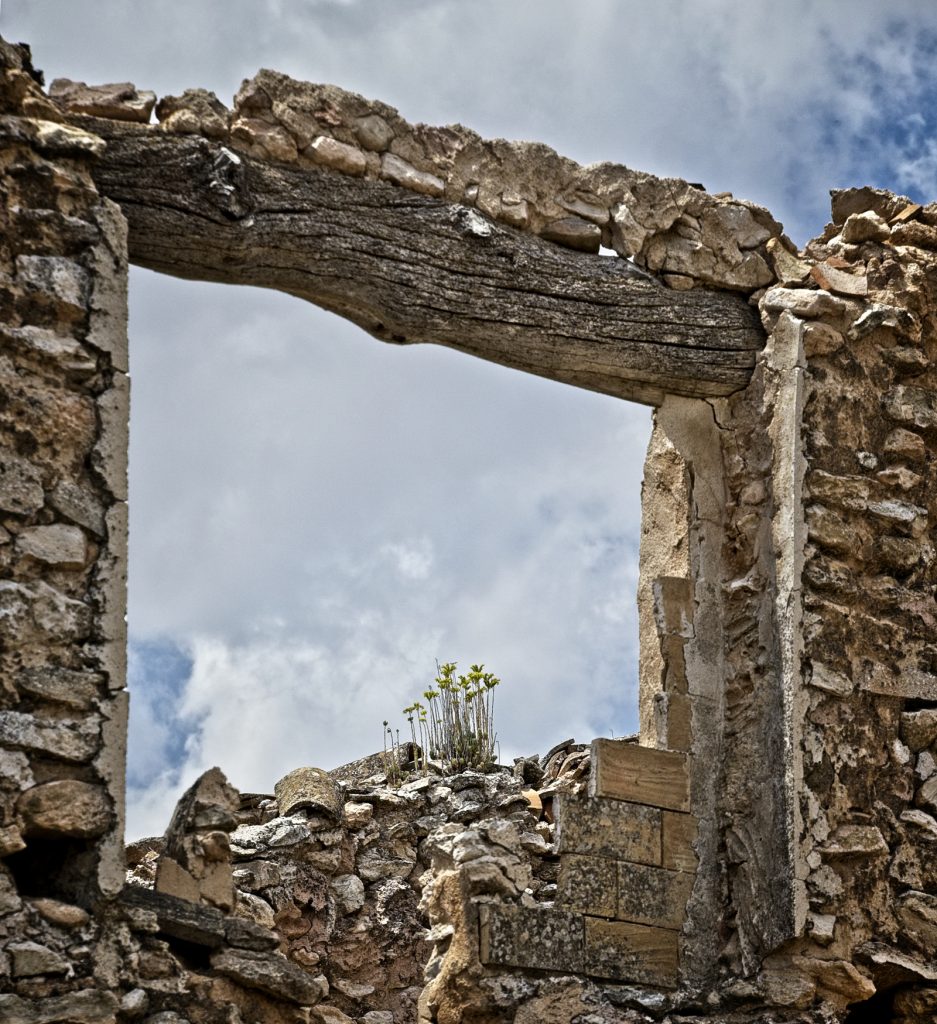 Between La Font de la Figuera and Ontinyent is a town by the name of Fontanars dels Alforins. Remember the name of this town.  It will come up again in the coming days.  Since it was siesta time there wasn’t much open, but we did manage to find one open restaurant, Casa Julio.  Joel and Walt had been to Casa Julio before and, as usual, one of the waitresses recognized them.  So, we got seated and munched down on some great tapas.

As we made our way back to the house after having some lunch we decided to stop by a beautiful castle that we passed earlier in the morning.   From the roadway it was very mysterious looking. 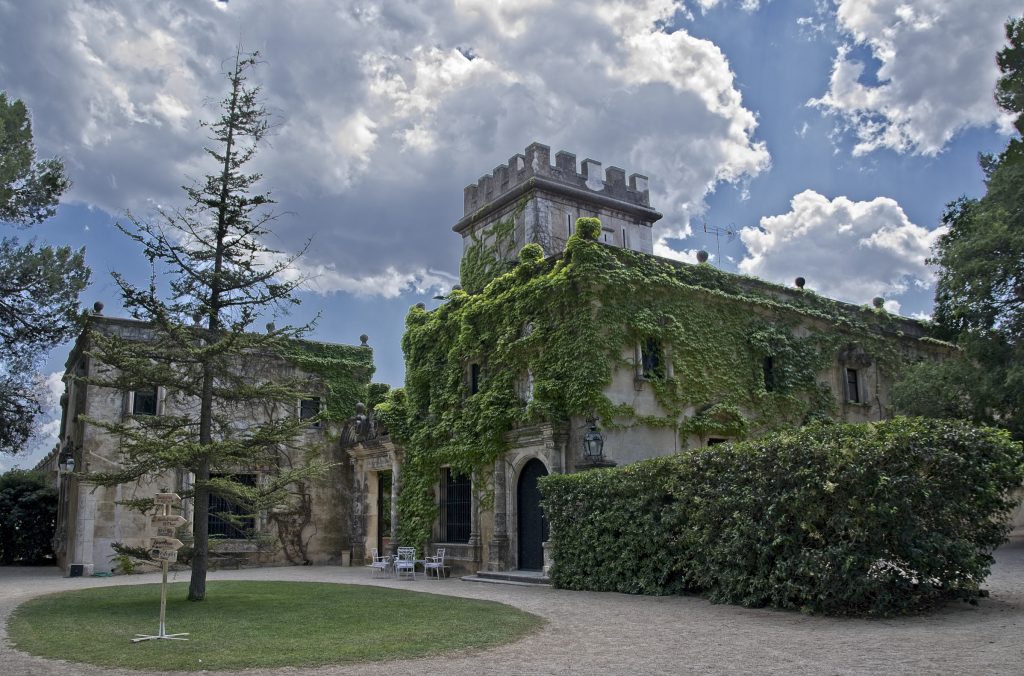 Laura and I knew absolutely nothing about this place nor did we even think we would get the chance to see it up close.  We didn’t know what Joel and Walt knew about it.  The name of the castle is: Torrefiel.  So, we parked and got out of the car just to be greeted by Javier.  It turns out that Javier’s family owned the castle and he actually lived in it.  Joel and Walt spoke to him in Spanish and managed to negotiate a very quick tour of the place.  They were preparing for a wedding that was scheduled later this evening so we couldn’t stay long before folks began to arrive.  More pics in the gallery at the end of this entry.

Now that we were back at the house it was siesta time for us.  Did I mention that I’m liking this siesta thing?  After waking up from our siesta we played around in the pool like little kids.  Then we had to get ready for dinner.  We were going into Ontinyent to eat at La Cuina Gastrobar.

La Cuina is a fabulous local restaurant owned by to brothers, Joaquin and Santiago Prieto.  Joaquin runs the front of the house and Santiago the back of the house.  Of course, J&W had been here before and were immediately recognized.  We were greeted as though we were family.  It was a very nice surprise. The brothers also own an adjoining restaurant Sents.

The food at La Cuina is amazing!  There were no details left undone.  The presentation was perfect and was completely backed-up by the taste.  Since we were having difficulty deciding on what to order we asked Joaquin’s wife, who also works there to surprise us.  We were not disappointed.  Here is just one of the items we ate. 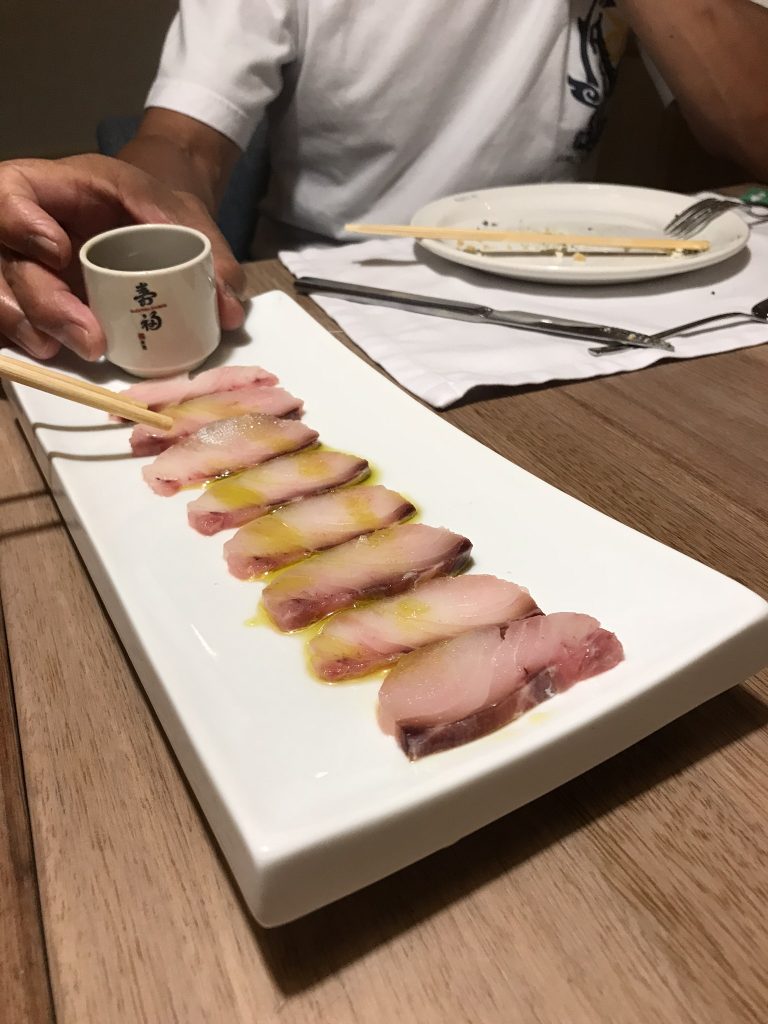 That’s all for today!  Gallery below…