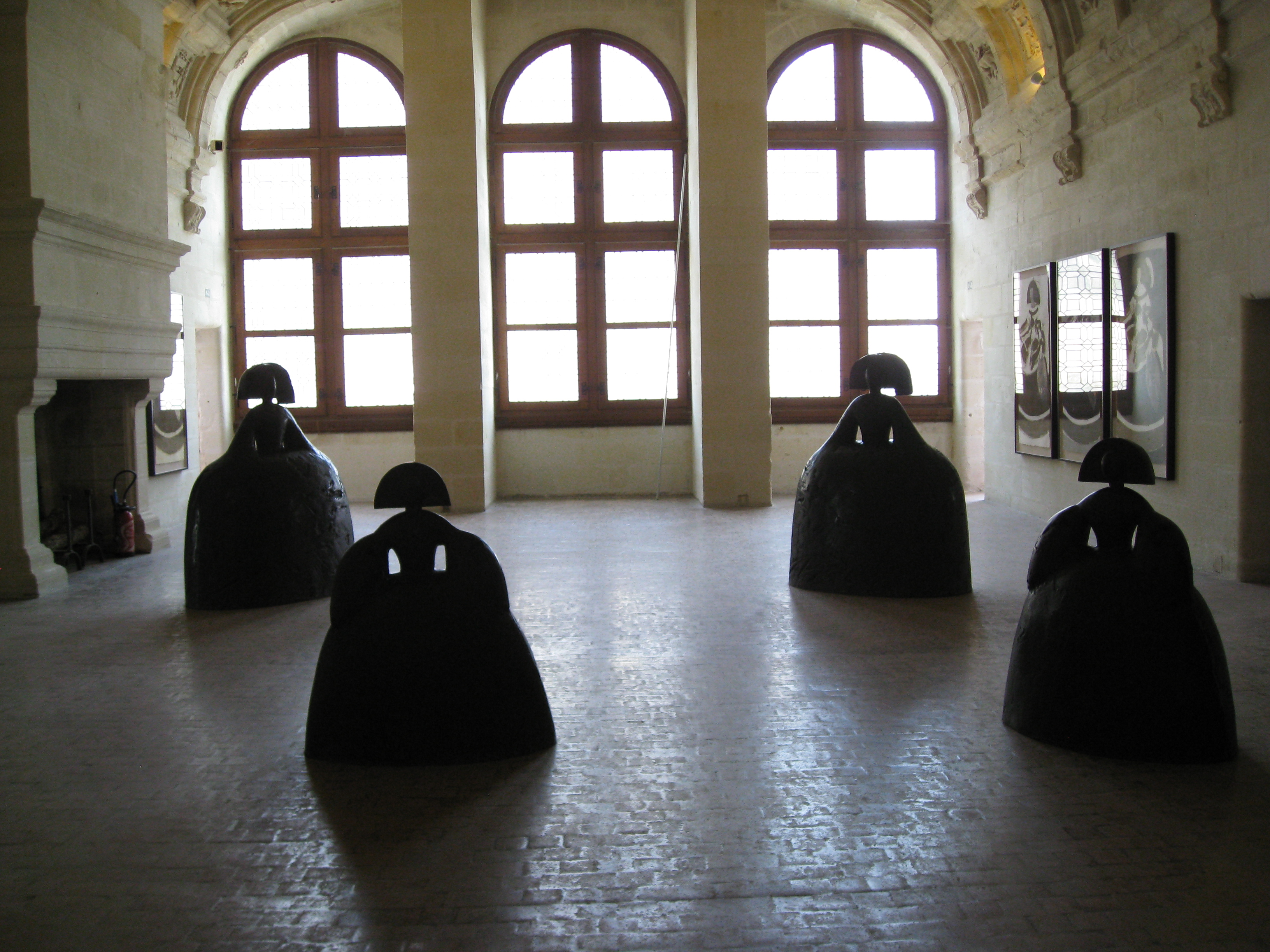 We had a nice breakfast, and I was very pleased to finally get to have a bowl of cereal since I hadn’t had any since we left ‘t Hotel in Amsterdam.  They have homemade jams/preserves which we sampled a lot of them while chatting with the couple who was also staying there who came from Washington, D.C.  We got a somewhat early start to go do some chateau tours.  The first was Chateau de Chenonceau which is built along the River Cher in the 16th century.  This was a large chateau but we would find not so much in comparison to others.  There were some very pretty gardens here and a maze in bushes.  On the way to the next chateau, we found a Cave (wine maker) called Domaine du Vieux Pressoir (I think that was the name of it) and did some wine tasting and bought a couple bottles of wine for 9.70 Euro (pretty darn cheap) to enjoy at the hotel that night.  We then went to Domaine National de Chambord which was much larger than Chenonceau.  The gardens weren’t as much a highlight here as they were at Chenonceau.  This was just one HUGE place with a double staircase that we happened to get in pictures from both the top and bottom which turned out awesome.  We left here to head to our hotel in Olivet which we found pretty easily (amazingly we really only had one day of being unable to locate the B&B/hotel).  It was called Le Rivage Hotel built along side the Loire River.  The hotel itself was kind of mediocre as far as the rooms, but our dinner was very good and well priced!  We went for a brief walk after dinner then went up to our room and chatted over the wines we bought earlier that day.  We had to get all packed up for ease of travel because the car is being returned tomorrow before we head back by train to Paris.