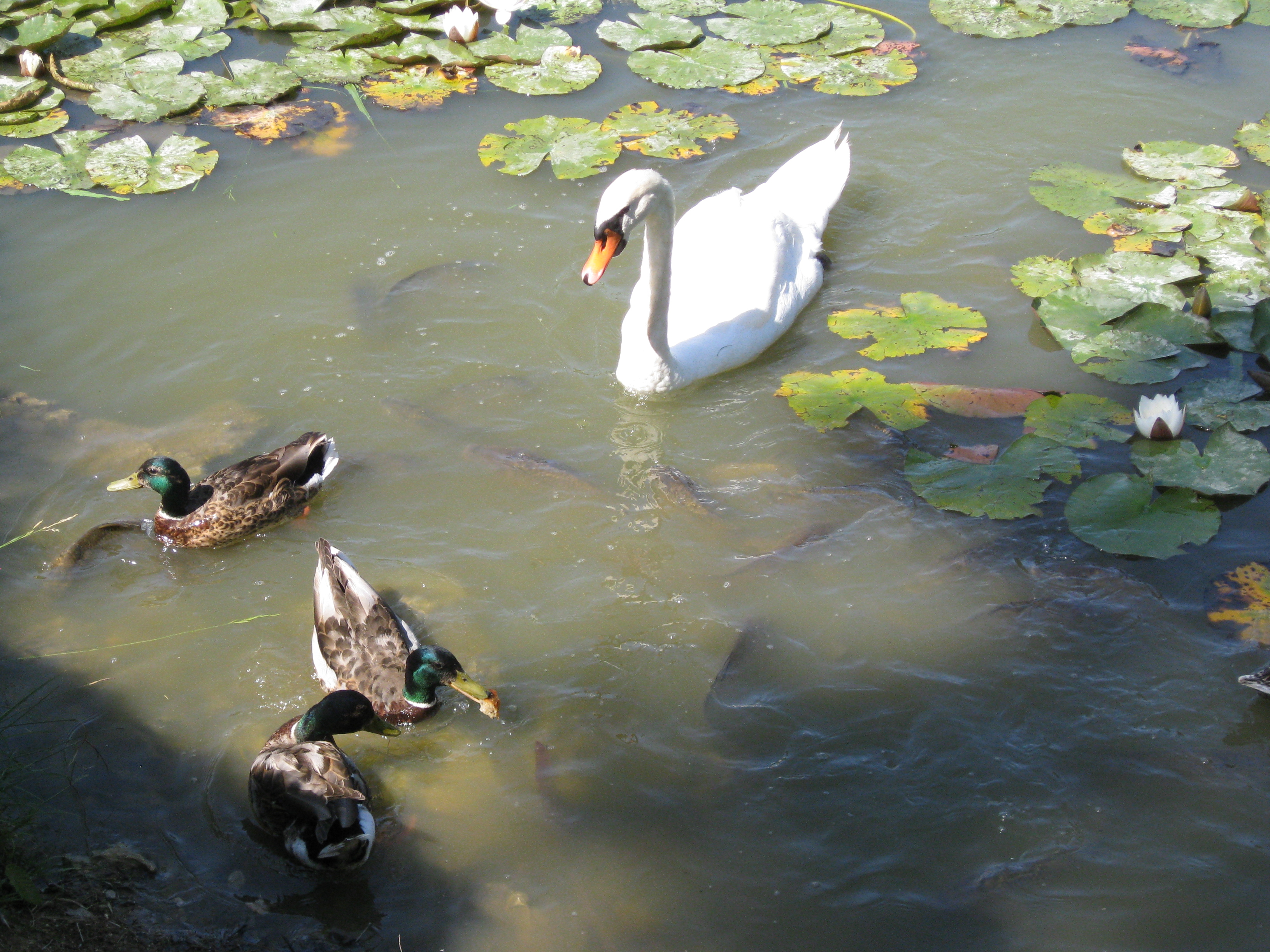 We got a start on our drive sometime before 9:00 AM and drove into the city of Orleans.  Walt and I sat and enjoyed our cafe au laits while Joel walked around trying to find the office of tourism which ended up being directly across the street from where we were having our coffees.  The 4 of us then went and purchased our pastries prior to our walking through the Orleans Cathedrale Sainte-Croix.  We really appreciated the two guys standing outside the church with their hats held out begging for money.  They fortunately didn’t say or do anthing other than hold out their hats.  We walked around the old part of the city down to the river and back up before getting back on the road toward Versailles which was our next stop.  We stopped at a grocery store to gather up some things to have a picnic while in the gardens at Chateau de Versailles.  Ok…now I’m going to say OH MY GOSH this place was massive!!!  We arrived at the castle or whatever it might be called and had to stand in line for no less than 45 minutes in the hot sun.  Once we finally got our tickets, we beelined down to find a shady spot in the garden to sit and eat because the camembert cheese we purchased for lunch was SERIOUSLY stinking!  After walking for what seemed like 3 miles, we found a bench to sit.  It was a very nice lunch of baguette, cheese, artichokes, hearts of palm salad, wine, water, chocolates and eclairs.  Once finished, we walked back to the Domaine de Marie-Antoinette also known as Le Petit Trianon which again was quite a walk.  We toured that house then walked through a gate into her gardens which lead to Le Village du Hameau (The Queen’s Hamlet).  This place was amazing!  Since she was only 14 when she got married, she wanted to have place where she could go and feel like the normal folk (peasants).  We decided after spending time in her estate to just head back to the main gardens because we really wanted to get some pictures.  To our disappointment, all of the fountains had already been turned off.  We got as many pictures as we could there then Joel went to get the car and go try to find where we needed to take it to be returned while Walt, Deeb and I did a sprint through the palace to get to see the Hall of Mirrors.  There were SO many people inside that it was no easy task getting through the rooms to get where we were trying to get.  By the time we did our quick view of some of the rooms and headed out to sit and wait for Joel to pick us up, we were quite spent after the heat and walking across what seemed like all of Europe.  We loaded the rental car with gas, gathered our luggage from the car and started our journey up to the train station for our ride back to Paris.  We were able to purchase the tickets for the ride this day into Paris as well as our tickets for the RER out to the airport the next day for our journey back home.  We found our hotel (Hotel des Grandes Ecoles) which had screwed up the reservation and booked the four of us all in one room.  Oh well, not much that could be done.  All I wanted to do was lay down to get off my feet and cool down.  But, I was so parched it wasn’t even funny!  Being that Walt was in the same parched state as I, he and I walked across the street and ordered ourselves a glass of water and a large beer and sat watching the soccer game.  I was feeling perfectly content and wanted to remain in this position the rest of the night.  Joel had asked the guy at the front desk in the hotel, though, to make a 9:00 reservation for us at their favorite restaurant in the area (Chez Lena et Mimile).  We were not able to sit out on the terrace, and they put us inside back in the corner with absolutely no air flow what-so-ever.  I took my shoes off hoping that would help to cool me down while we sat eating, but when we went to leave, my feet had swollen so badly that they felt like they were going to split open.  I’m guessing that my bike accident was starting to affect me after all of the walking we had been doing.  We walked back to the hotel, Deeb and I got showered then climbed into bed because we had an early departure to catch the Metro in order to catch the train to the airport.

We had a fabulous trip and recommend anyone traveling there who has the interest!

I hope you’ve enjoyed reading about our adventures!