Today we left for Spain.  Specifically, we are shooting for Ontinyent, Spain.  But, to get there we are flying from Boston, to Madrid and finally, Alicante, Spain.  From there we are being picked up by family (J&W) to our final destination, Ontinyent.

Luckily we left Boston just as a wicked storm was rolling in.  Take a peek at the picture Laura took as we were just taking off.  We wouldn’t have had such a close call with the storm if it hadn’t been delayed by almost an hour. 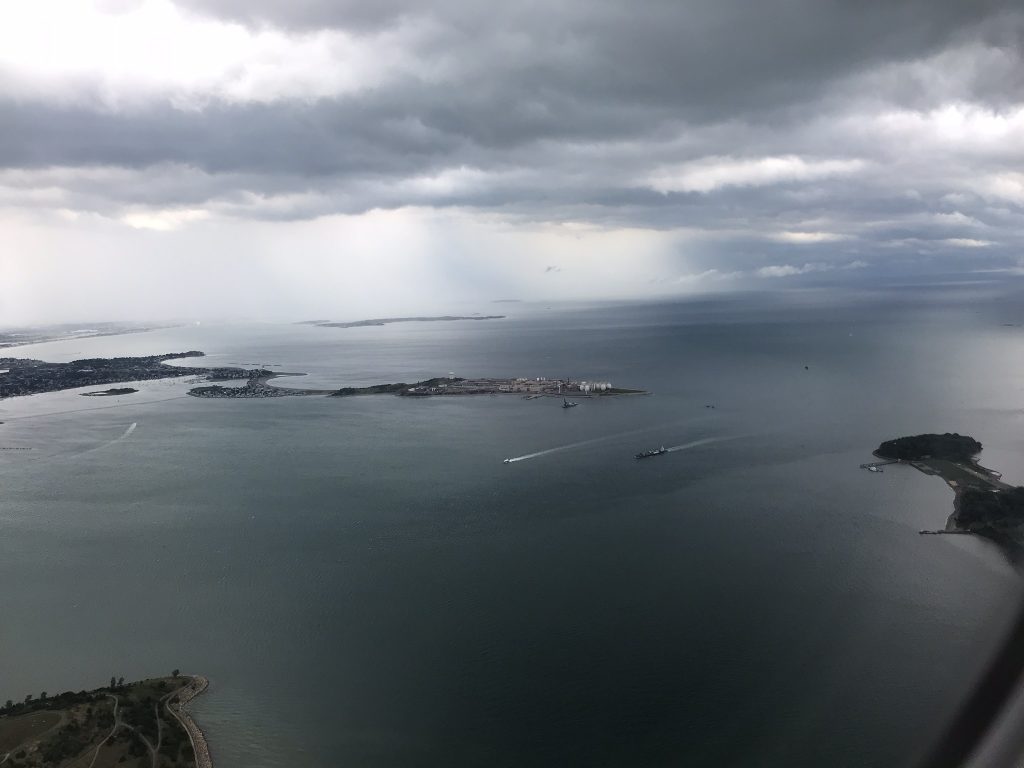 The view out the plane window as we took off from Boston. You can see the storm in the distance.

Once we were on our way the rest of our flights went very smoothly. 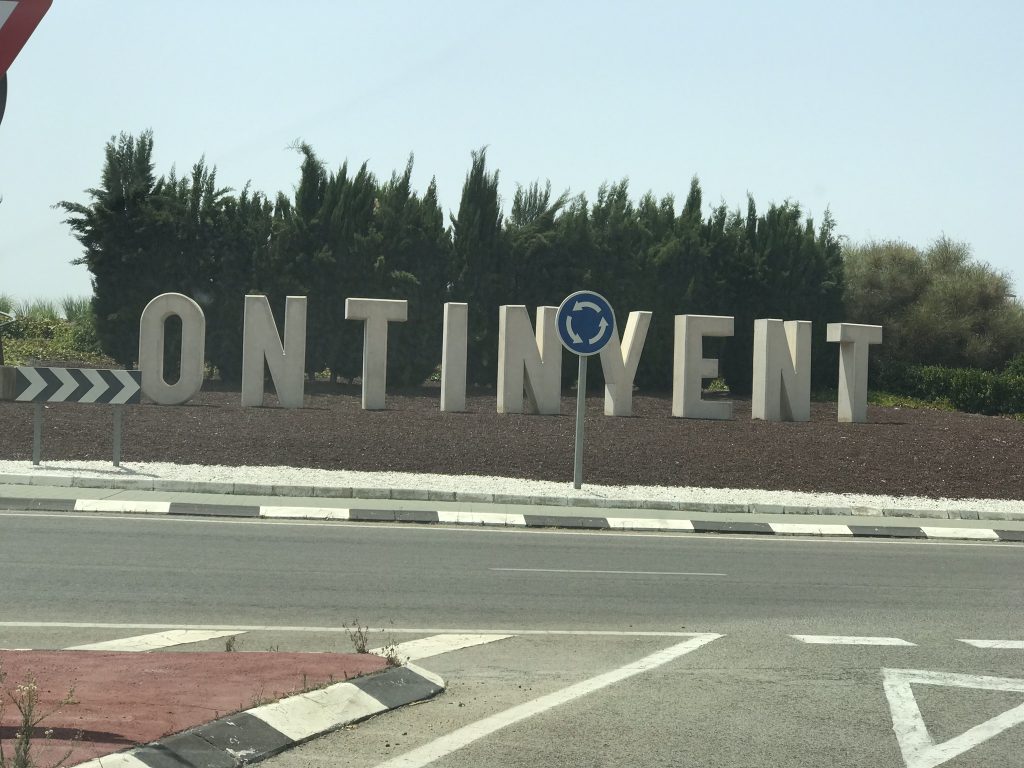 You probably have never heard of the town Ontinyent.  Before this past fall, I would have said the same thing.  Ontinyent, is a small town situated about an hour from Alicante and Valencia, which both are located on the Mediterranean coast.  Ontinyent is also about an hour south of Madrid.  It’s a small working-class town and has a history or making textiles, paper and several other products.  The temperature this time of year is typically in the upper 80’s Fahrenheit to mid 90’s Fahrenheit.  It is also very dry here.

On arrival in Ontinyent, it was siesta time so we met Walt at a local restaurant named Bigfoot which they knew would be open.  Here we had a fabulous lunch and met the owners. 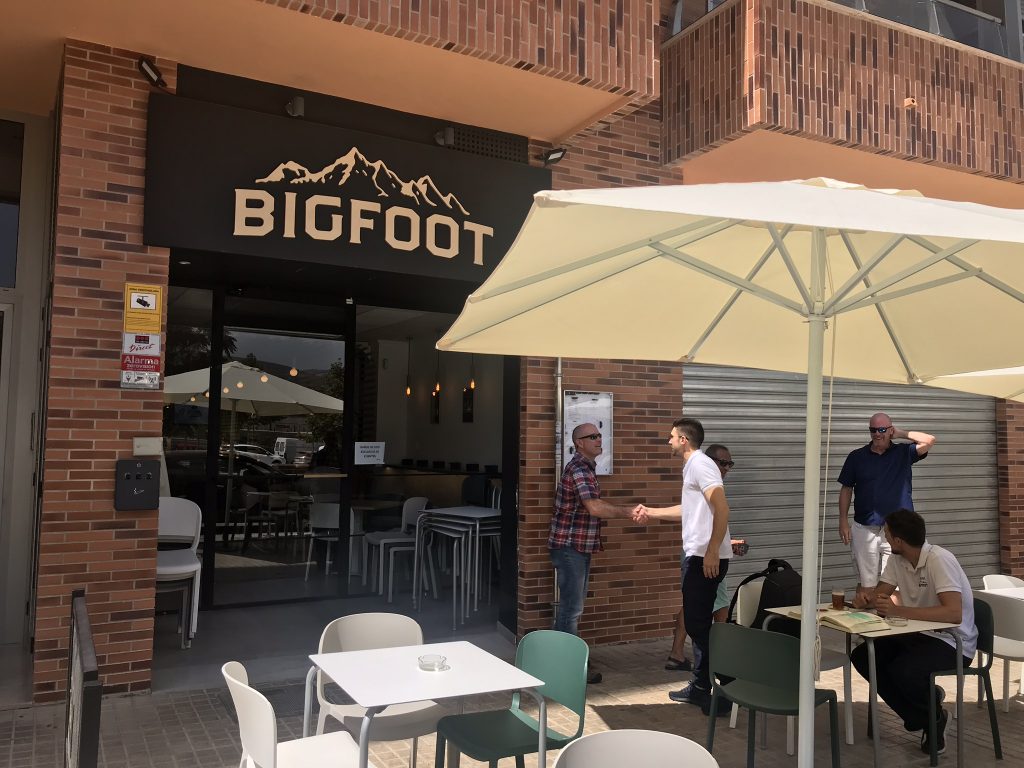 Once we arrived at the house Joel and I took a siesta, but Laura decided to tough it out and stay awake and catch up with Walt.  Once Joel and I woke up from our siesta we played a game of darts (cricket), put on our bathing suits and played in the pool until the sun went down.  Overall, it was a great day!! 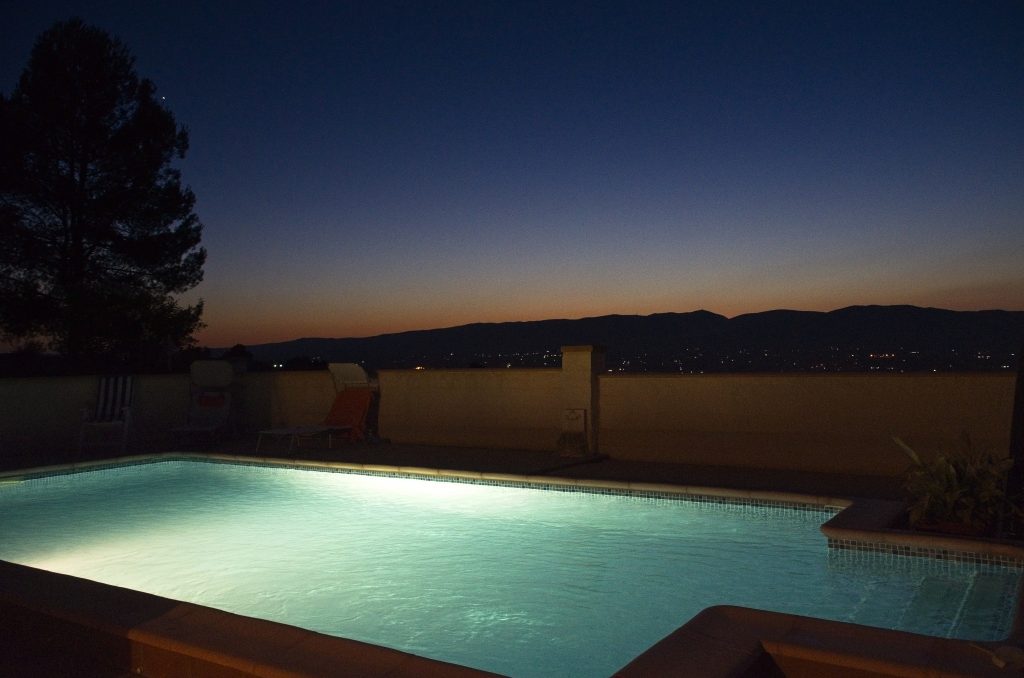 Our view looking out at Ontinyent from the pool area