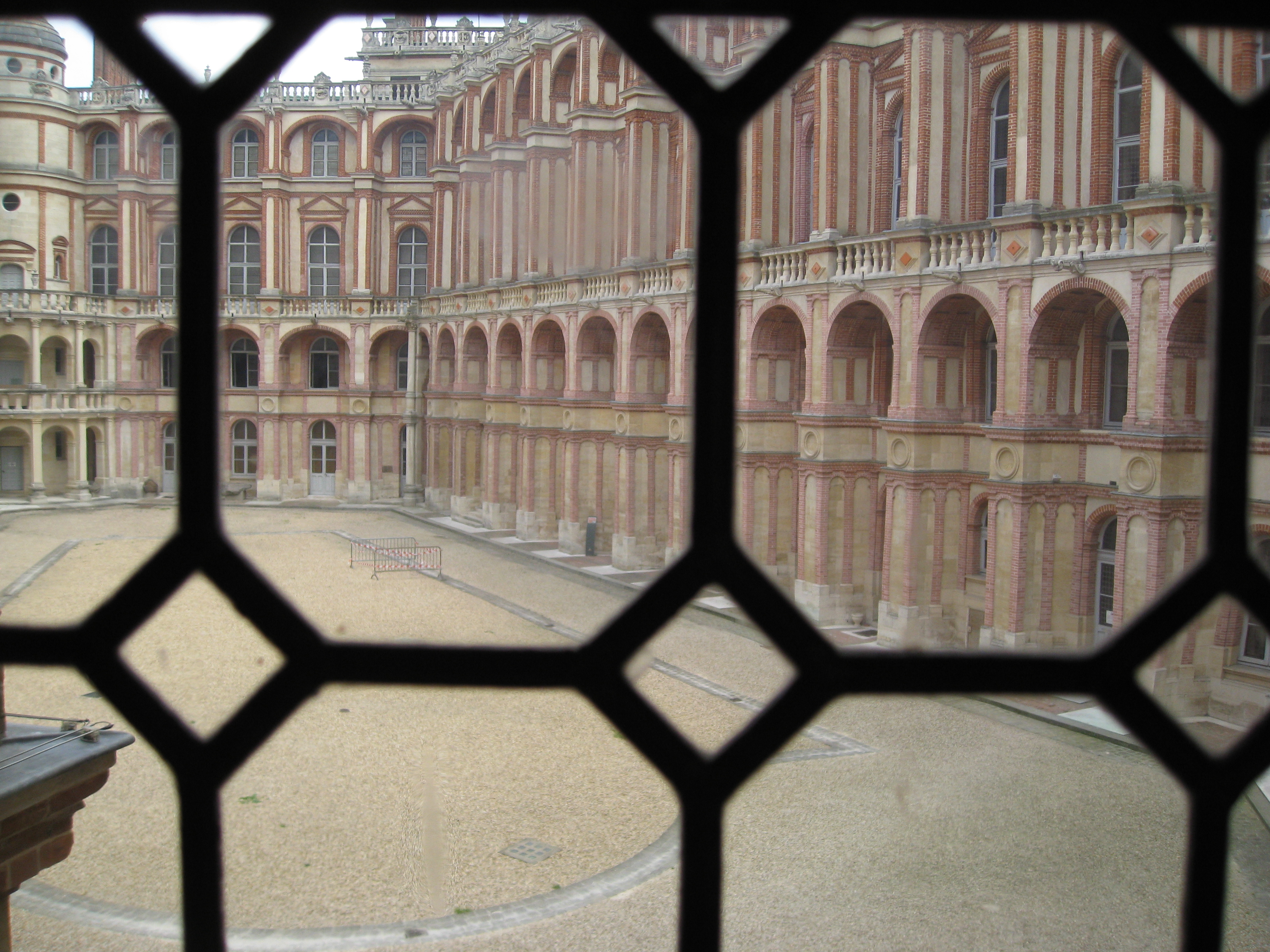 Another leisurely morning with no rushing to get out and about.  We rode the train out to Saint-Germain-en-Laye.  We had to walk a bit around the Metro station trying to figure out which leg of the train to take.  The train system is so advanced here with branches of it reaching out to various directions of the city.  Once reaching Saint-Germain-en-Laye.  We toured the Chateau-Vieux (the Old Castle).  This castle was built at the request of Francois I by Pierre Chambiges, who used the pentagon-shaped foundations of a fortified castle which was built in the XIV century by Charles V. Chambiges incorporated the chapel commissioned by Saint Louis in 1238.

We then toured the Claude Debussy Museum.  This is the first museum in France dedicated to one of the greatest composers, (1862-1918) whose innovative work marked a major step in the history of music.

Before heading back, we decided to do the walking tour of the historical dwellings around the town.  This is a neat area to tour with great shops, restaurants and old structures.  We stopped at a patisserie for eclairs.  This was our first experience of them so far on our trip.  Deeb had a chocolate, and I had a vanilla cream.  They were tasty!

We are definitely getting our walking in around these here parts of the world!  The streets are very narrow, so now we are getting a better understanding of why their cars are so small here.

The plan for the evening is to head out for dinner then go and watch France play Mexico in the World Cup.

Joel has been the do-er of good deeds on the trip.  He has taken many pictures of people, helped a bus that was stuck in a street by directing cars to back up and go another direction, guided some Italian travelers to the Metro, got up from his seat on the Metro so people could sit…and the list will continue.  He’s such a good samaritan!

We are hoping to figure out how to add some photos to this blog so you can view some of the sites we are seeing while here.

Our dinner was fantastic!  It has been the best meal yet!  We plan to go back on Saturday for another treat!  After dinner we headed up to Les 3 Coups for the end of the France vs Mexico match and a night cap.  This really is a great area (Montmartre)!